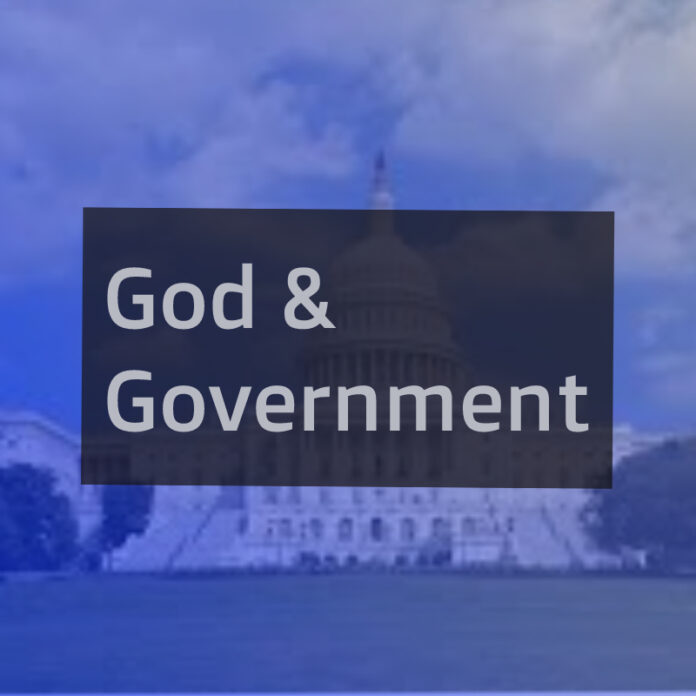 It is commonplace in today’s society to see the Scripture taken out of context by nonbelievers and also by believers. It is vital that we as believers study to show ourselves approved unto God, and that we rightly divide the the Word of God. One passage of Scripture that is oftentimes misused can be found in Romans chapter thirteen. This specific passage discusses the role of human government and how we as Christians are meant to respond. The mischaracterization of these verses hold severe consequence, it can even lead us into disobedience to God. In regards to human government the most common viewpoint among Christians today is that God has ordained the government; therefore, by obeying the government we are obeying God. This perspective is derived from the passage of Scripture found in Romans chapter thirteen.

“Let every soul be subject unto the higher powers. For there is no power but of God: the powers that be are ordained of God. Whosoever therefore resisteth the power, resisteth the ordinance of God: and they that resist shall receive to themselves damnation.”

While on the surface it would appear that the apostle Paul was clearly stating that obedience to government is obedience to God, we must be diligent in our handling of God’s Word and look at the context in which Paul wrote these verses. As we continue on in the chapter, Paul goes on to describe what a government ordained by God looks like.

“For rulers are not a terror to good works, but to the evil. Wilt thou then not be afraid of the power? do that which is good, and thou shalt have praise of the same: For he is the minister of God to thee for good. But if thou do that which is evil, be afraid; for he beareth not the sword in vain: for he is the minister of God, a revenger to execute wrath upon him that doeth evil. Wherefore ye must needs be subject, not only for wrath, but also for conscience sake.”

At first this hypothesis that a government/rulers can be in power because God allowed it, rather than God ordained it, may seem odd. In order to proof out the statement we must again rightly divide the Word of God. If we look at Ephesians 6, we see a well known section of Scripture regarding the armor of God. What oftentimes gets skimmed over is found in verse 12.

“For we wrestle not against flesh and blood, but against principalities, against powers, against the rulers of darkness of this world, against spiritual wickedness in high places”

The apostle Paul wrote that we wrestle against “principalities”. According to Merriam-Webster dictionary the definition of the word “principalities” is: he state, office, or authority of a prince. What was the apostle Paul speaking of? He was, without a doubt, stating emphatically that we as believers will wrestle against human government for the cause of Christ. Look back to the life of Christ, to the time when He was tempted of Satan. Satan showed Jesus all the kingdoms of the world, and offered them to Jesus. Satan could not have offered what what was not his to give. God has allowed for this season of time for Satan to be the king of this world, and he has authority over government systems. This was reaffirmed in Ephesians 6:12 by the apostle Paul.

Paul himself was persecuted not just by religious opposition, but also by governments and rulers who views Paul’s message “Jesus is King” as treasonous. German historian Ethelbert Stauffer wrote that beginning with Octavian, who later renamed himself Augustus, the religious principle of the Roman Empire was salvation by Caesar. The Roman emperor went so far as to send out a decree saying “Salvation is to be found in none other save Augustus, and there is no other name given to men in which they can be saved.” Compare that with Peter’s declaration to the rulers in Jerusalem in Acts 4:12 “Neither is there salvation in any other: for there is none other name under heaven given among men, whereby we must be saved.” With this statement Peter publicly committed treason! Was he then in sin because he was standing in opposition to his government? No!

A Government who terrorizes good works is not ordained by god, it is allowed by god

Another evident example we can look to in the Bible is that of the prophet Daniel. The King of the Babylonian Empire, Darius, instituted a new law which forbid prayer and worship to anyone, or anything, except himself. Daniel of course continued to publicly pray to the Lord as he had always done, and therefore he was noncompliant with the laws of his government. Even when faced with death Daniel stood firm in that it is better to obey God rather than men.

The Bible is full of men who were arrested, not just for their faith in God, but rather for their disobedience to their governments. It would be ignorant then to say that we as Christians are to unconditionally obey the government we are subjected to. Across the world we can see Christians who are persecuted for their obedience to God while defying governmental orders. One obvious example can be found in the People’s Republic of China. The Chinese government, in the same fashion as Roman emperor Augustus, has declared that salvation is to be found in the state, that the state saves all. They sentence believers to labor camps, issue them enormous fines and will even kill them, but does this stop Chinese Christians from sharing the gospel of Jesus? No! They have ingrained in their heart that it is better to obey God rather than man.

While it is easy to find examples of persecution in Scripture and even in places such as China, Africa, and the Middle East; Christians in America and other western societies believe that they are exempt from the oppression seen in other places around the world. The truth is the persecution is right around the corner, and Christians today are not prepared for it.

In 2020 we saw something unlike anything in modern history, this of course was the “pandemic”. This “pandemic” was used to usher in socialism in ways that had never been seen before in the United States, and in other already socialist societies it was used to further governmental control on peoples lives. In the name of public safety, the governments sought to offer salvation from a virus in the form of regulation. This salvation through the state included orders for churches to restrict attendance, alter services, and even demanded them to close their doors. Rather than following the early church’s example of steadfastly serving the Lord dispite persecution, fines, and even imprisonment, many Christians conceded; they clung to ignorant interpretation of Romans 13 and allowed to government to overrule God. Churches across America and the world limited who could attend, required attendees to wear mask, and worst of all churches closed their doors. Contrast these actions with the Christians in the book of Acts who met daily for services, in spite of the threat of certain death, with Christians today who canceled services in fear of a virus with a >90% survival rate. Churches bowed the knee to principalities rather than obeying God. Hebrews tells us not to abandon gathering as the church, but to gather more often as we get closer to the Lords return. Contrast that with the actions of churches today who bent their knee to government’s orders.

“Not forsaking the assembling of ourselves together, as the manner of some is; but exhorting one another: and so much the more, as ye see the day adpproaching.”

Praise the Lord some Christians have not knelt to the state. However, because of their resistance to governmental orders they are seeing persecution. In the article Canadian Pastor Incarcerated For Violation of Public Health Orders I discussed the arrest of a pastor in Canada. What was his crime? He had church when his government ordered his church to close. Churches in California and other states are facing astronomic fines for singing and for not limiting who can come to church. Christian, we are facing persecution even now, and it will only increase in magnitude as we draw closer to the Lord’s return. Will you bow the knee to Caesar? Will you cancel services because the state demands it? Will you pick and choose who can attend services to meet capacity limits? Will you regulate who can serve the Lord by mandating the governments solution of face covering? If so, then where will you draw the line? When the government decides that the gospel is not inclusive, or is “fake news” and therefore cannot be preached, will you sit back quietly because you’re commanded to obey? When the government declares preaching against sin is hate speech and orders you to be silent will you comply, or as the men in Scripture and in the early church, will you decide that it is better to obey God rather than man? Caesar was not the ultimate, the Chinese Communist Party is not the ultimate, the United States government is not the ultimate, Jesus is King. Will you bow your knee to the state? Will you trust in the state to save you, or will you place your faith in Jesus, not just for your eternity, but also for your present time? Persecution is coming and is coming very soon, will you stand and declare Jesus as King and therefore obey Him, or will you cower and bow your knee to governments who begin to terrorize good works?

“God is our refuge and strength, a very present help in trouble. Therefore will not we fear, though the earth be removed, and though the mountains be carried into the midst of the sea;”