Sons of Issachar
Home News U.S. News You And I Are On Trial With Kyle Rittenhouse
Facebook
Twitter
Linkedin
Email
Print 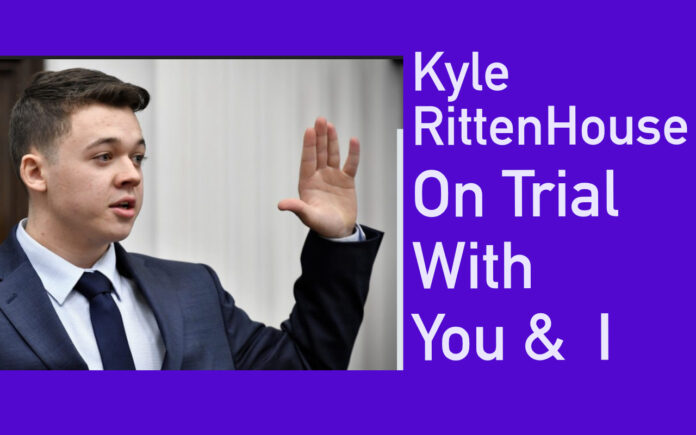 For the last two weeks the nation has been able to witness the trial of Kyle Rittenhouse in real time as it has been live streamed to every person in America who wishes to watch, and even those who do not. On August 25th, in the midst of riots regarding the police shooting of Jacob Blake, Kyle Rittenhouse shot and killed two men and injured a third in Kenosha, Wisconsin. Kyle, 17 years old at the time, was arrested and faces charges for the shootings. This trial like many others before it has been politicized greatly in the media and across social media. Unlike trial in the past, Kyle Rittenhouse is not who is really on trial, but rather it is you and I.

To anyone with common sense it is clear that Kyle deserves to be acquitted of all charges. If the footage of the shootings isn’t clear enough the testimony of one of his attackers alone clears Kyle of all wrongdoing. Gaige GrossKreutz, one of the three men shot by Rittenhouse, took the stand as the prosecutions 16th witness. Grosskreutz, a known anarchist and communist, testified that he was carrying a pistol at the time of the shooting. During the cross examination of GrossKreutz the defense for Rittenhouse asked “When you were standing three to five feet from him with your hands up in the air he never fired. It wasn’t untill you pointed your gun at him, advanced on him with your gun, hands down pointed at him that he fired, right?” To which GrossKreutz replied “correct”.

In Wisconsin deadly force is permitted in self defense if you are in imminent danger of dearth or bodily harm. Being forced upon with a pistol in your face defiantly meets that criteria. This is what takes us to the heart of the trial. Kyle Rittenhouse is not on trial, but rather our rights to self defense are. The left as we have seen in recent years wants to burn down cities when they are angered or view something as injustice, and they want to do so with no risk of repercussions. How dare Kyle Rittenhouse attempt to defend private property, furthermore how dare you or I? Beyond defending private property, Kyle defended his life, and yet the left is crying for his condemnation. This speaks volumes to what the end goal truly is.

I for one am awaiting the jury to clear Kyle Rittenhouse of all charges. If however they charge Kyle Rittenhouse, I fear that will be the first step towards the criminalization of self defense, the right to carry a firearm, and even the ownership of firearms. There is more at stake then the future of this young man, this case could potentially set the stage for a grave change to our individual rights and freedoms.